Devon Freewheelers is a registered charity founded in 2009 by Daniel Roe-Lavery.  Its current legal structure is described as a Charitable Incorporated Organisation Registered No: 1180264.  Up until 2017/2018 financial year Devon Freewheelers was previously registered as a Charity by Association under registration number 1138889.  As a matter of course and progression the Charity had developed to such a point where it temporarily employed a small team who concentrated on securing financial stability for the charity for a period of two years. In mid 2020, through hard work and determination Daniel and his management team had secured the future of the Devon Blood Bike Charity for years to come, and in July of 2020, Devon Freewheelers was able to return to a 100% voluntary status and no longer needed to employ staff. In addition to the volunteers riders who are our most valuable asset, there are other industry experts now on board who also offer their time free of charge.  You can learn more about some these people here: 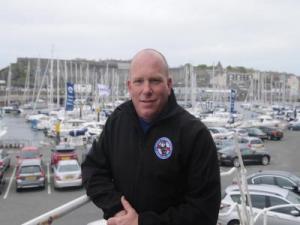 The charity was founded in 2009 by Mr Daniel Roe-Lavery and is one of the 'life long' trustees.  For a short period Dan was employed as a Chief Executive Officer by the charity after an 8 year period of being a volunteer; and in mid 2020 he had secured the financial security of the charity to a point where he was able to return the charity back to it's original 100% voluntary status.  Leading now from the side, Dan has passed the charity reigns to Russell Roe, who since accepting his challenge is now responsible for the day to day running of the charity. 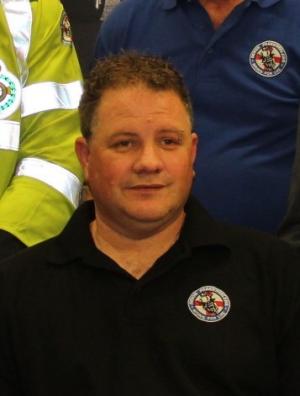 Russell volunteered for Devon Freewheelers for 9 years as a fundraiser and fleet manager before being appointed to the accounts office.  Russell’s disability unfortunately prohibited his lifelong love of motorcycling and the world of blood biking as his condition regularly left him wheelchair bound.  In 2020 the charity upgraded its bike fleet with the inclusion of a specialist machine known as a 'Can-Am' which allowed Russell along with other disabled riders to join our blood biker team.

Russell was employed part-time as an accounts clerk, updating the book-keeping on a daily basis for our chartered accountants.  The rest of the time he was never far away.  Russell was appointed as the Deputy Chief Executive Officer in July 2020 so that Dan could step aside and concentrate on other ventures.  Russell has always had the best interests of the charity at heart and has the full support of the volunteers in his new voluntary position of authority not only as the CEO for the bloodbike charity but also as a Trustee

Shelley (Dan's wife) was once involved in the charity on a daily basis up until 2014 where she stepped down as a trustee to focus on her business.  Following recent retirement Shelley has returned to the new model of the Devon Blood Bike charity as a volunteer and this year agreed once again to re-join the board of trustees.  Shelley can now be found in the HQ on a regular basis undertaking any task needing her assistance that takes her fancy.  Having been involved in the foundation of the charity in 2009 she is extremely proud of the new look organisation and is delighted with our 'back to basics' programme with the focus on blood biking and volunteers.